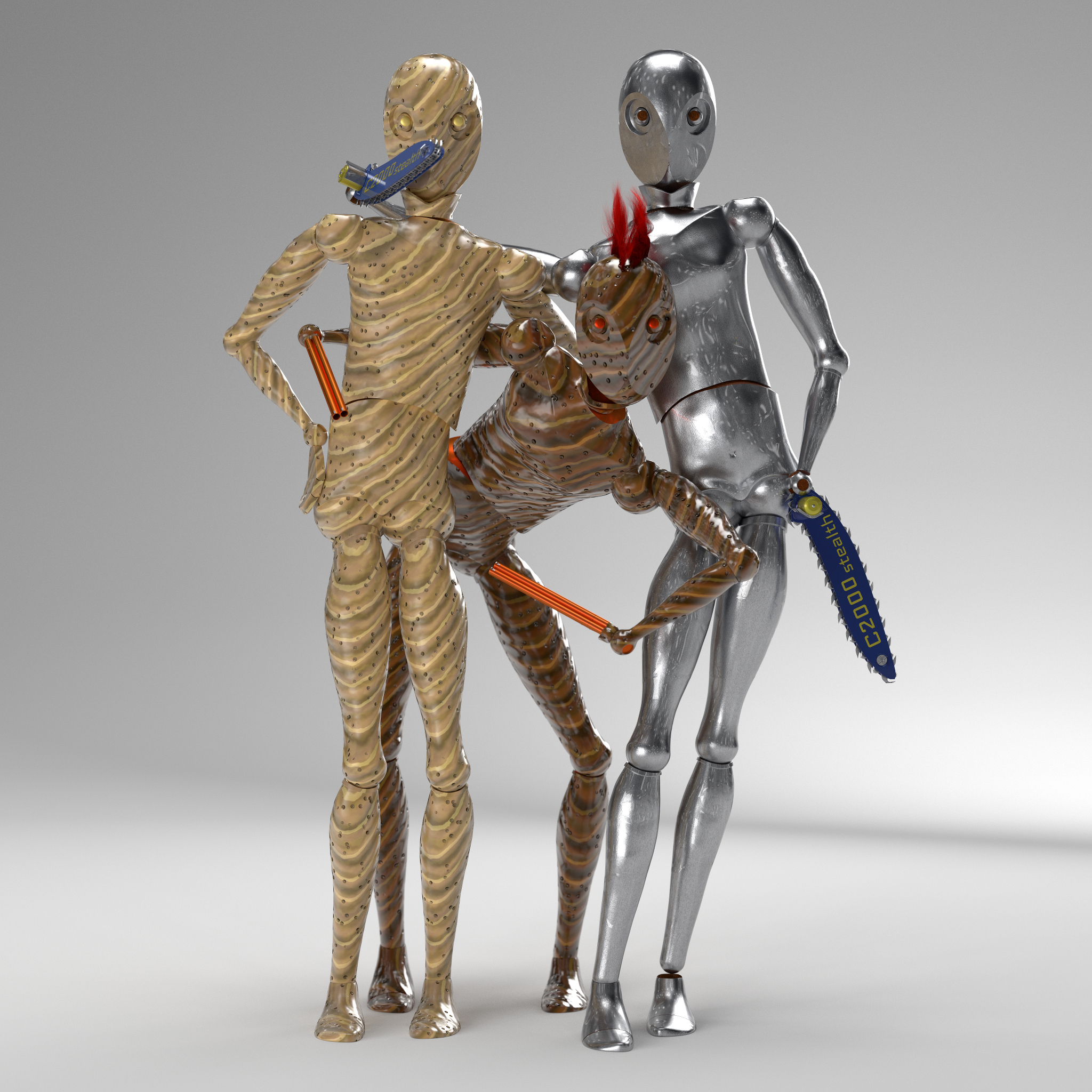 This is part of a 3Dami tutorial, as only that could result on something this silly. On the left we have the base mannequin, on the right 'chainsaws for hands' and in the centre 'shotguns for hands', who obviously had to have red hair. Its for a tutorial where we give the students an almost complete film, and they get to finish it, so they have a good feel of where they are going and can practise linking assets in Blender.

The tutorial 'film' itself needed to be short, as in 20 seconds short, so I went for a quick fire action sequence. Which is to say I ripped off that rather brilliant scene from Indiana Jones, where Indie finishes a fight early with his gun, combined with cards against humanity, which I play too much. The mannequins are to avoid the students wasting too much time animating more complex characters, and to keep the results PG, as our youngest students go as low as 14.
Copyright Tom SF Haines